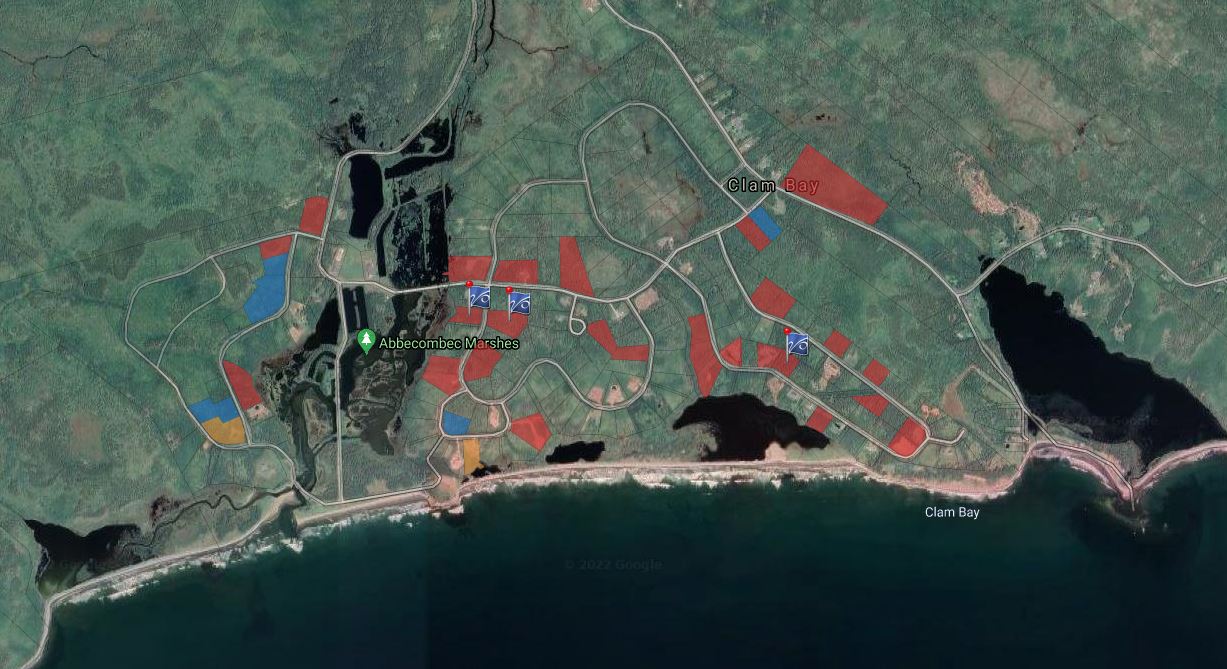 A lot has changed in the past couple years, but the basic information is still pertinent but at the moment I can’t guarantee everything below is still accurate. I’ve updated values as of February 2022. More notes are below.

The Abbecombec Ocean Village is now owned by a mortgage investment company in Toronto called HarbourEdge Capital Corp. The development’s real estate property consisting of the unsold developed lots and undeveloped parcels is officially owned by HarbourEdge Realty Administration. The Co-op, the allied entity which holds the deed to the common lands and is responsible for maintenance issues and fee collection as specified in the License Agreement, is called HarbourEdge Investment Corporation.

Contact me if you have questions or an interest in forming a partnership and buying this amazing property from HarbourEdge.

There are 8 large parcels and 53 surveyed lots not sold to private owners. One of those is next to the common lands building and field, lot #300, and has a large cinder block building in bad shape. Formerly used by the previous developer for his offices and storage of maintenance equipment.

Located on the Eastern Shore of Nova Scotia.

At HarbourEdge’s request most of the lots in the development were reassessed in 2018 and assessed value reduced. The ones already very low remained the same. This is good news, as the tax burden while they are held is reduced, while market values and potential interest in sales now seem to be on the upswing.

2O21 Saw a huge surge in home buying from out of province buyers driven to relocate by the COVID pandemic. They drove the prices to insane levels, bidding well over the listed price for homes, and lots. Lots that hadn’t sold for years at rock bottom prices in Abbecombec, suddenly were selling for astronomical amounts 3 and 4 times assessed value. In turn all the lots were reassessed. HarbourEdge sold a good number of their previously unmarketed lots but the rise in assessment of the remaining ones did not dent the overall value of the development as an investment.

Most of these parcels were recently reassessed and tax burden reduced as a result with two exceptions.

Total Assessed Value of All Parcels in Original Plan: $742,900CAN