As mentioned elsewhere Hurricane Dorian made a direct hit on the Halifax Regional Municipality. I sat it out in my house on top of Astaak Point. We lost power and it remained off for 5 days. Which was not a fun time.

I lost of bunch of already dead trees, which saved me the trouble of cutting them down. But as for major damage from the sustained high winds, the natural landscape of our little community in Clam Bay was largely untouched.

Except for the roof of the Green Building where some people had stored some stuff. It is not known who the owners of the property are that was damaged. I took photos of the registration numbers in case anyone wants to look them up and let them know.

I want to feel for them, some kind of sympathy or pity, but I can’t help indulging in a bit of schadenfreude instead.

You see, they alledgely paid a contractor who had taken possession of the building and despite our constant complaints refused to vacate it.

The owners of the development instead of responding to those ongoing complaints, gave him permission to use it that they don’t have the rights to give him. A difficult and very upsetting situation.

Covered in detail on other posts.

So I rather enjoyed taking these photos. Am I a bad person? 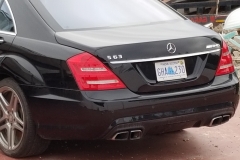 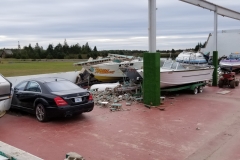 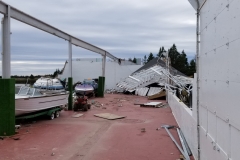 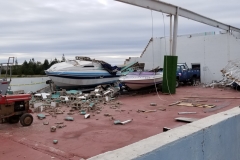 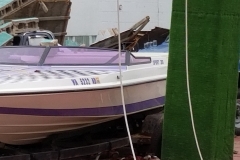 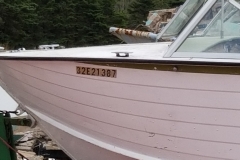 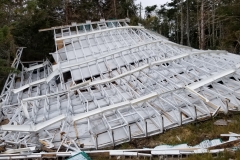 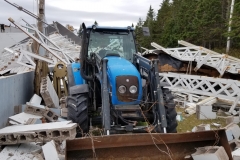 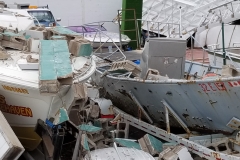 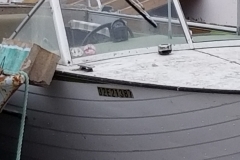 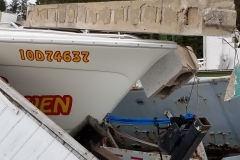 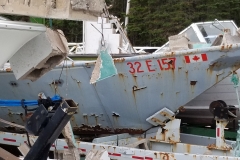 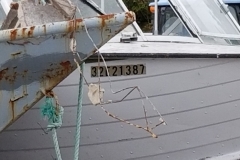 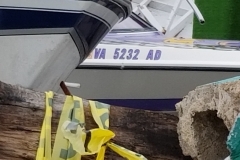 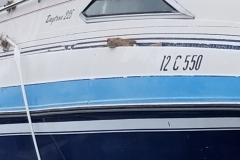 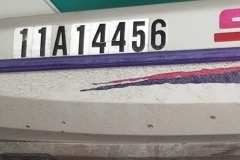 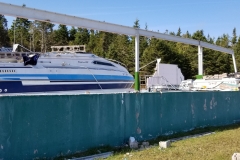 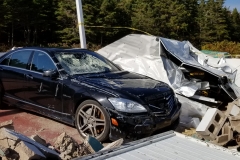 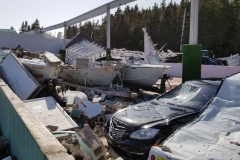 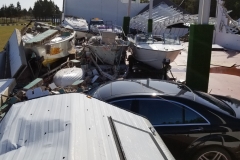 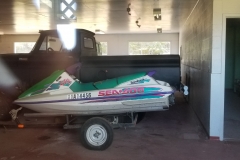 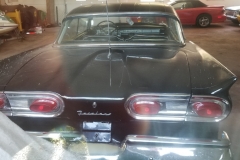 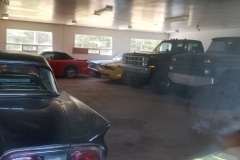 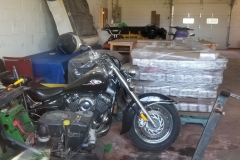